With the support of Health-RI, researchers in the Netherlands are now taking things to the next level.

Getting a clearer picture of how the brains of healthy people change as they grow older is just as important as knowing what a normal value is for someone’s blood pressure or blood sugar level. Without reference values for a healthy person’s brain, diagnosing dementia is a struggle for doctors, potentially resulting in longer periods of uncertainty for patients and delayed treatment.

It’s shocking how little we still know about normal changes in aging brains.

“Dementia patients currently have to wait on average twenty months for the right diagnosis after their first symptoms occur, because diagnosing dementia requires a series of tests. The symptoms of Alzheimer’s disease and other forms of dementia don’t differ a lot at an early stage, yet different care pathways or disease-modifying medications are needed for different types of dementia.”

Brain imaging has the potential to shorten the time patients have to wait before they get a dementia diagnosis and offer them greater certainty about the type of dementia they are suffering from.

Brain imaging already plays an important role in dementia diagnosis in the clinic. However, it is often difficult to detect early-stage brain abnormalities in the images with the naked eye. To reveal these subtle changes in the brain, Vernooij and her team, in conjunction with Wiro Niessen, Professor of Biomedical Image Analysis at Erasmus MC and researcher in medical image processing at TU Delft, developed a computer program that gives physicians a clearer view of brain abnormalities that might be indicative of very early stage dementia.

“A big challenge in developing this kind of software is distinguishing between brain changes caused by a neurodegenerative disorder and those related to normal aging,” says Vernooij.

To check whether the brain of a dementia patient shrinks more than the brain of a healthy person as they age, Erasmus MC’s Niessen is already putting the software to the test.

“We’ve just started testing our software for analyzing MRI scans of the brain in the clinic, in Erasmus MC’s Alzheimer Center,” he says. “Physicians are not using it for real yet, but for each patient we will compare the abnormalities as seen by our software with the assessment of the physician to check whether our software would have helped to make an earlier and better prognosis.” 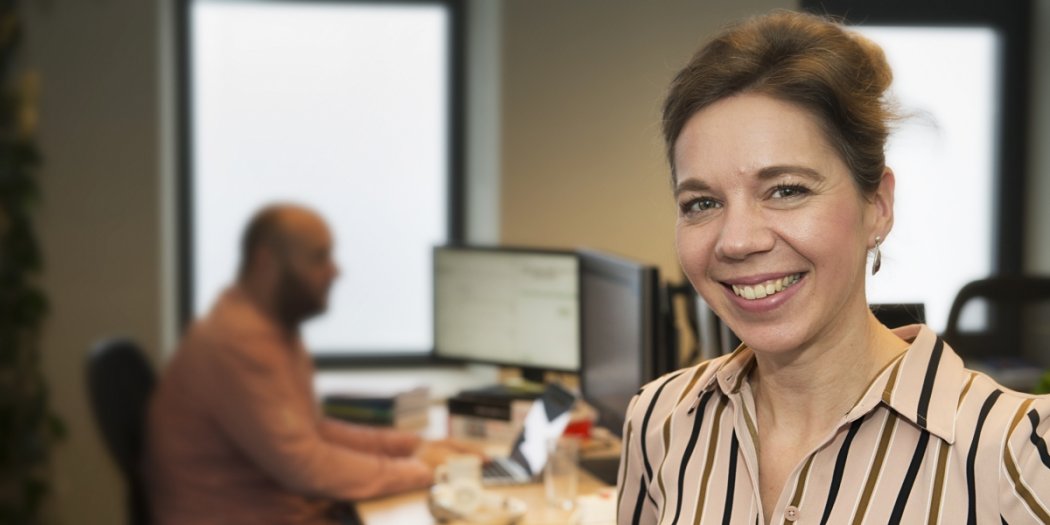 The reference values being tested in the clinic are derived from the population-based Rotterdam Study, in which more than fifteen thousand people are being followed over a period of many years. The study started in the nineties, with participants enrolling when they reach the age of 40 and usually still healthy. Every 3 to 4 years they undergo a series of examinations at the research center, including cognitive testing and brain MRI scans. Vernooij and Niessen are both involved in the study, and since 2005 the research team has had its own MRI scanner, allowing them to make comprehensive brain images of every participant. The power of the Rotterdam Study is that it enables researchers to look in the rearview mirror.

“When people get dementia, we can check out their old MRI scans to look for early signs of dementia,” says Vernooij. “So far, more than a hundred participants who were regularly scanned with MRI got the disease, and we can compare their brain images with about five thousand participants who didn’t get the disease.”

Despite the large number of participants in the Rotterdam study, both Vernooij and Niessen agree that to learn more about the first signs of dementia it would be interesting to study even larger groups. Doing so will require collaboration between population studies, which is where things can get tricky, because to be able to compare your results with those of other research groups it’s important to compute exactly the same things. To make this possible, Vernooij and Niessen therefore decided to share their software with other groups that were interested in using it.

So far, four UMC’s – Rotterdam, Utrecht, Leiden and Nijmegen – have embarked on a collaboration to build an ICT infrastructure for standardized analysis of MR brain image data, bringing together their software tools for analyzing brain images in one unified framework.

“This enables us to do the same analyses in each center,” says Niessen. “And the framework is constructed in such a way that each center can easily add new algorithms.”

Niessen is keen to share his experience of building the framework with other researchers through Health-RI, the initiative set up in the Netherlands to build a national infrastructure for biomedical research. Health-RI, which amalgamated existing biomedical infrastructure initiatives such as BBMRI-NL, EATRIS, ELIXIR-NL, DTL and TraIT, is currently supported by more than seventy other parties in the field of biomedical research, and therefore offers the ideal platform for knowledge sharing.

Niessen believes Netherlands-based biomedical research will be more effective when the government supports this national initiative rather than relying on individual research groups or institutes to design and arrange their own data infrastructure, which is currently often the case. “Such a joint effort is key for developing better diagnostic and prognostic tools for our patients,” he says. “Which is why we are currently using our experience with the four UMC project to help set up a pilot in which eight Dutch population studies will share their data.”

Combining data from eight population studies will enable the project researchers to take the quest for new disease markers to the next level. “One new way to look for early markers for diseases like dementia is to try to correlate the millions of pixels in MRI scans with thousands or millions of metabolites, or with changes in the DNA of participants called single nucleotide polymorphisms,” Vernooij explains. 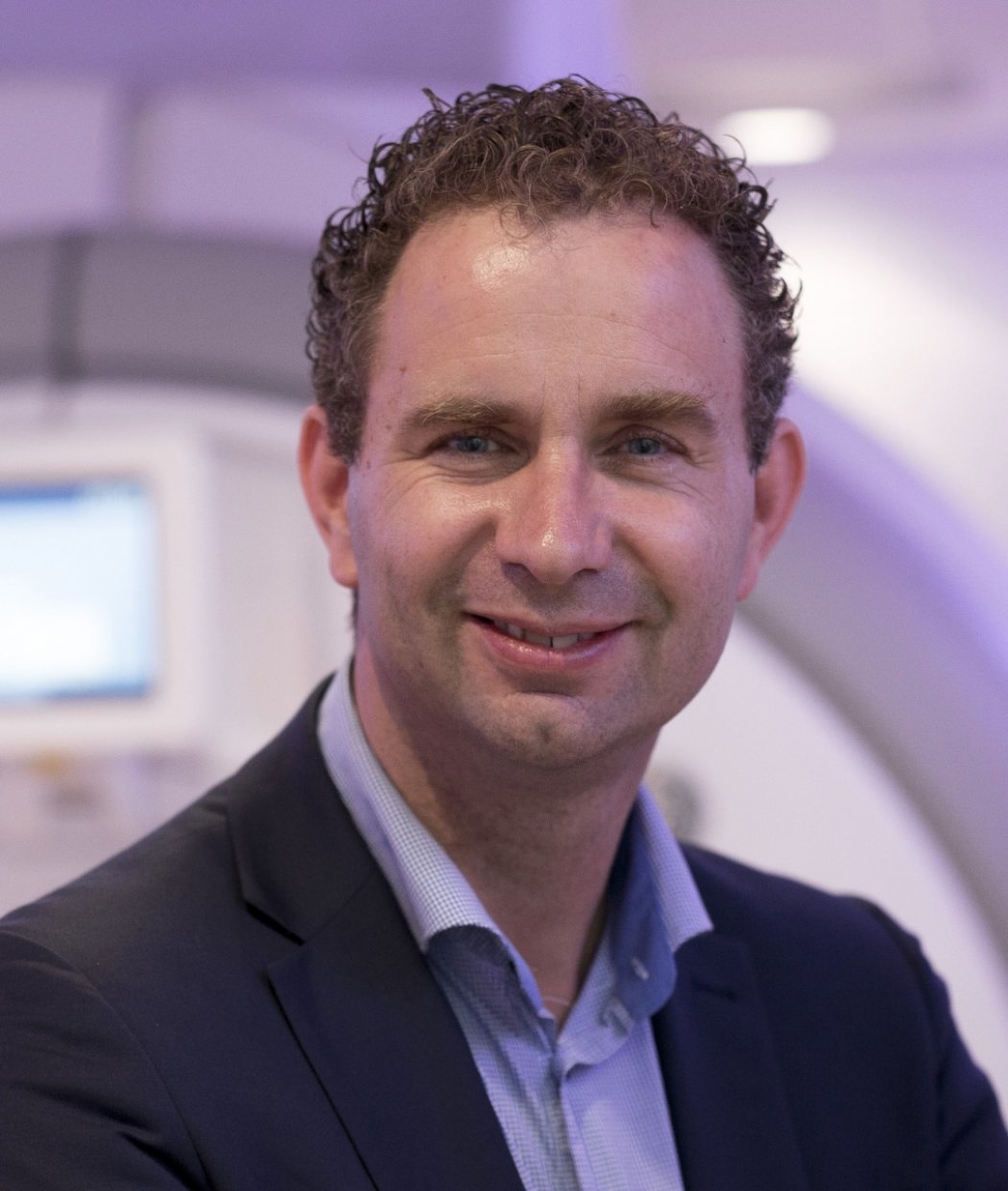 Taking care of data sharing in a safe way is a big hurdle, too big sometimes. It’s not easy to share such big data sets in a safe way

“First of all, you need to find a good place to upload huge amounts of data without losing control of what happens with your privacy sensitive data. And at the same time, you need to create the possibility to do complex computing. Yet collaboration is ultimately the best way forward to profit more from data obtained in population studies, in which a lot of money and time is invested, including the time invested by the participants and patients.”

Health-RI as advocate for researchers

To help overcome the hurdles, so that researchers can extract the maximum benefit from the huge amount of health data that’s potentially available, Health-RI is actively engaged in acquiring the necessary structural funding – lobbying government, consulting stakeholders, investigating new revenue streams and tapping into European initiatives.